The SJJHL would like acknowledge the Passing of Kenny Williams. 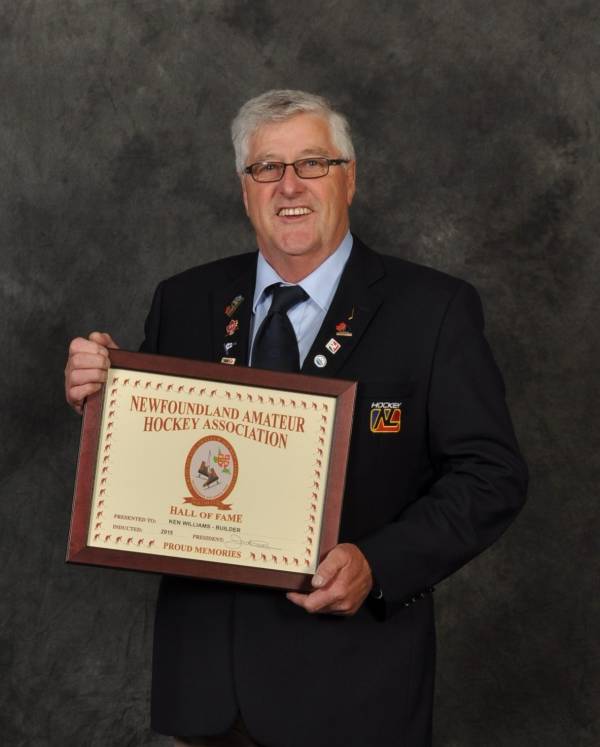 It is with great sadness that Hockey NL announces the passing of the late Ken Williams on Thursday, March 4, 2021.

Kenny, as he was affectionately called, was a Life Member of Hockey NL, an honor that was bestowed on him in 2017 for his exceptional and distinguished service to Hockey in the province.  He was inducted into the Newfoundland and Labrador Hockey Hall of Fame in 2015 as a builder and received the Gold Stick Pin in 2005 for his years of service on the Board of Directors of the provincial hockey association.  He also received the Hockey Canada Meritorious Award in 2017.

Kenny was instrumental in getting an Arena for the Southern Shore Area in 1986 and served as the Minor Hockey Association’s first President.

Kenny was devoted to all areas and divisions of the game within the province.

He was passionate about the growth of the female game, serving many roles both locally and provincially.

He committed many decades of his time to the advancement of Senior hockey, not only in his home community but throughout the region, province and nationally.

Kenny was an Officer of Hockey NL representing senior hockey for seven years. He organized and led a successful and colorful Hockey Canada Annual General Meeting in St. John’s in 2006.

Kenny will be remembered for his exciting, fun and caring approach.  Hockey NL extends condolences to his wife Diane and the entire Williams family.

His spirit will remain with our association.

There is an article written by Mark Squibb on irishlooppost.ca, vol.12,no9 (May2.2019) Titled 'A Fitting Tribute for a Wonderful Man.'

A Return Back To The SJJHL