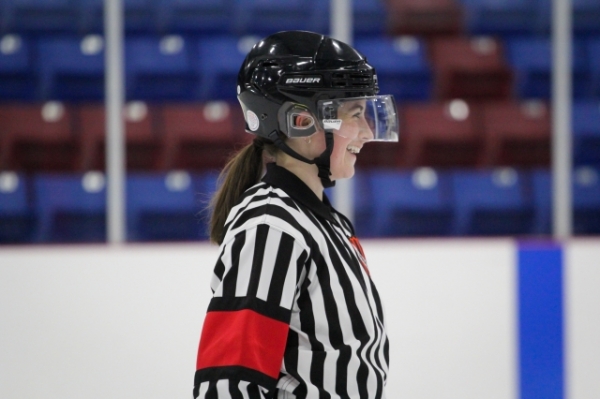 On Sunday, November 20th, 2022, the St. John’s Junior Hockey League was proud to be a part of a historical night for women in hockey. Clare Howie, a 21-year-old Hockey NL official from Paradise made history as the first female referee in the SJJHL in the game between the Southern Shore Breakers and the Mount Pearl Blades.

The Blades dominated the game from the start, where SJJHL points leader Brandon Knight and goals leader Vijay Sahajpal both put up goals alongside Lucas White, Sean Rodgers, and Chris Martell. Evan Raymond of the Breakers managed to put one past Mount Pearl netminder Avery Loveless, who marked his second 45+ save win in four days.

Howie joins Leah Rideout as the only women to officiate in the League this season. Rideout was a linesperson for a game between the CBR Renegades and St. John’s Caps on November 19th. This is the highest level that a woman has refereed in a Hockey NL game.